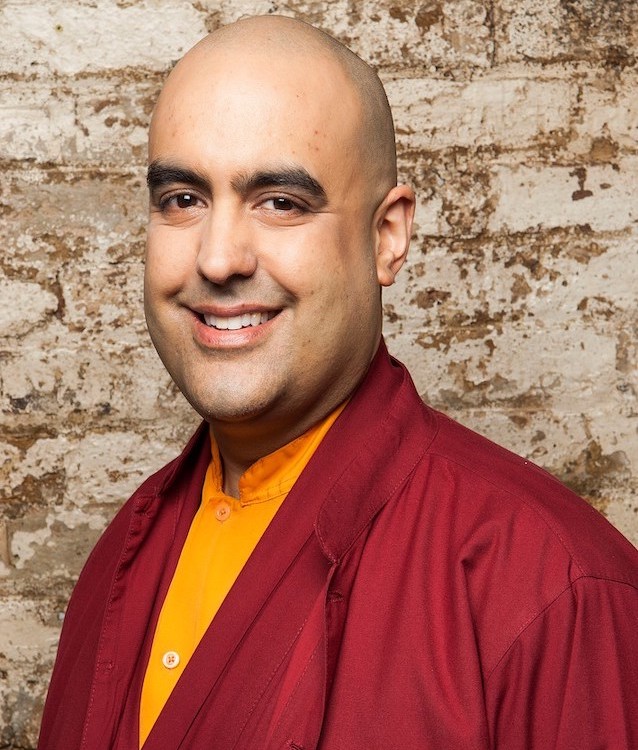 Gelong Thubten is a Buddhist monk, meditation teacher and author from the UK.
25 years ago, at the age of 21, he suffered with tremendous amounts of stress and decided to go to a monastery to learn meditation. Initially planning to only stay a year, he ended up ordaining as a Tibetan Buddhist monk – at Kagyu Samye Ling in Scotland, Europe’s oldest and largest Tibetan Buddhist monastery, where he is now one of the most senior monks.

The funds from his work go to charity, to build mindfulness training centres and retreats which benefit many people. He is director of three such centres in the UK, in Scarborough, Cardiff and near the banks of Loch Ness.

He is an author for Mindvalley, a major international online learning platform, and he has spoken for them at large events in Jamaica, Barcelona and Estonia. He spoke at their A Fest festival in Jamaica last year, and snippets of video footage from that talk had over a million views online. He is a regular speaker at the WOMAD Festival as well as the Oxford Literary Festival.